I saved the best for last - the http://www.slam.org/. My favorite because...I had the good fortune to see my first Monet exhibit there in the 80's in which THREE of his waterlily paintings covered the 3 walls in the same room! Marvelous! Not to mention a roomful of nothing but haystack paintings in another. 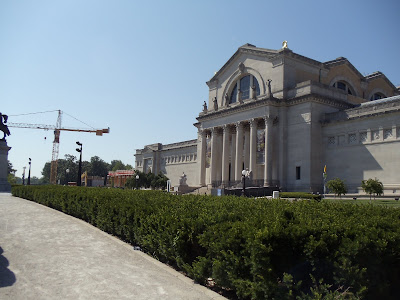 You'll notice in the pix the large crane visible on the left - they're in the midst of a major expansion. In front of the museum, is a gorgeous view of a reflecting pool in Forest Park. The long sloping hill is used for sledding in the winter... 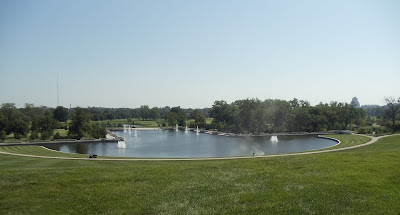 Best of all, this museum is free, just like those mentioned in my last two blog posts. Here's a sampling of what you would see from their permanent collections... 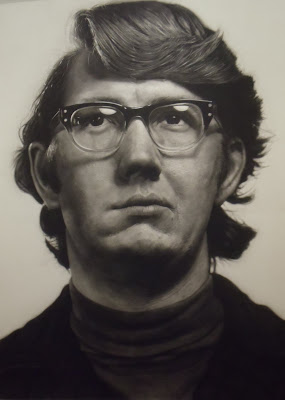 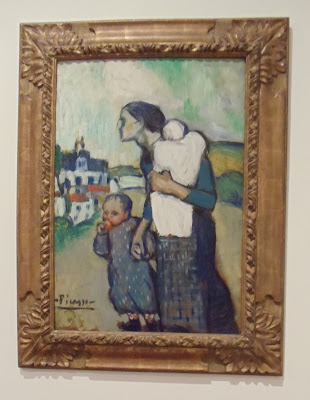 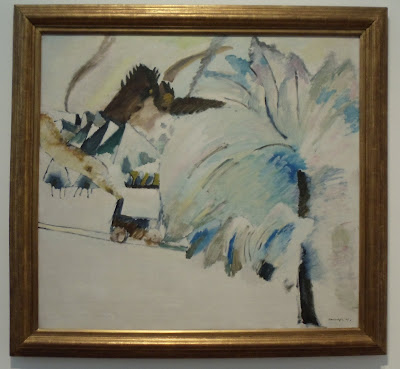 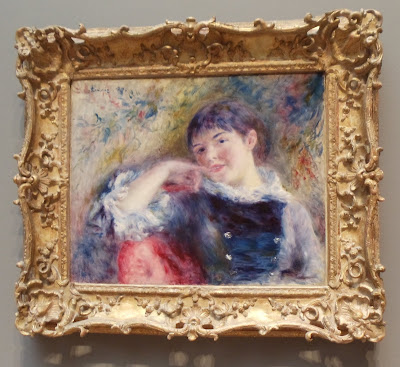 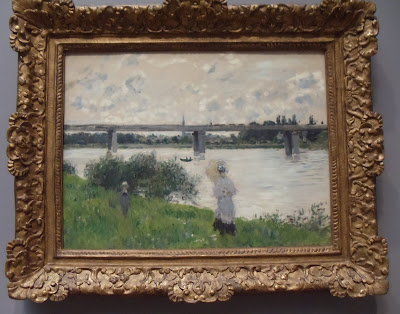 The Promenade with the Railroad Bridge, Argenteuil, Claude Monet, 1874 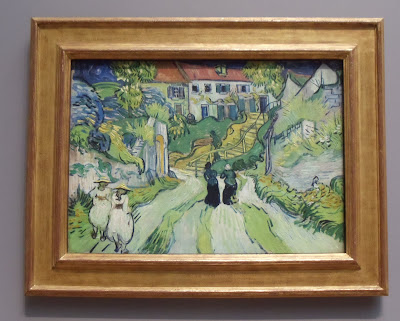 This sculpture by Edgar Degas was stunning. 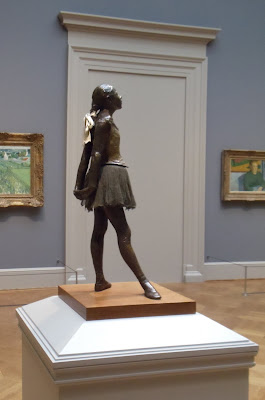 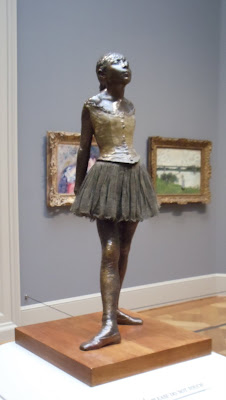 The description accompanying the work stated: "The model for this sculpture was Marie Van Goethen, a young ballet student at the Paris Opera. When the original wax version (now at the National Gallery in Washington D.C.) was displayed at the 1881 Impressionist exhibition, it was criticized for its unorthodox realism and use of real clothing. It was even considered ugly. The wax Little Dancer was the only sculpture exhibited by Degas in his lifetime. This bronze is one of twenty-four cast after his death." 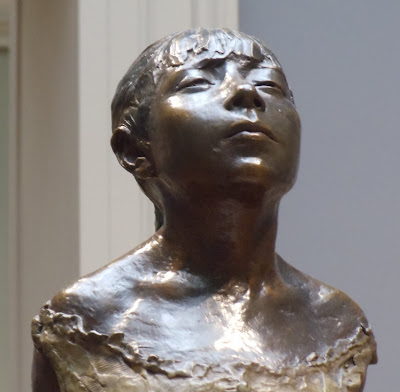 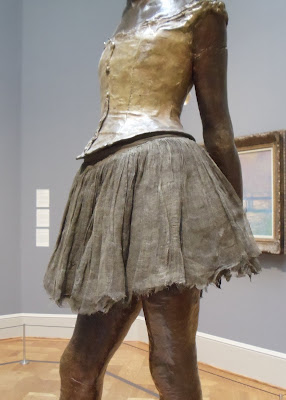 Nancie Kay
An art teacher for 20+ years (mostly in the Southwest USA), mother of 3, and a life long learner...

This work is licensed under a Creative Commons Attribution-NonCommercial 3.0 Unported License.